The Anatolian towns of Tokat and Sivas, and the surprise wedding.

The hammam (Turkish Bath) in Tokat 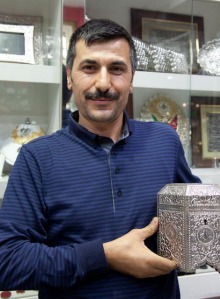 The town of Tokat is still in the mountains and has some very interesting relics. It’s simply amazing to think of the centuries that these areas have been occupied by humans, dating back thousands of years before the Christian era.

We visit mosques and other holy places, and I’ve taken some time to wander the town on my own and meet people. I am asked to make photographs of people on the backstreets, which I happily do. I am offered tea more times than I can remember, and one man shook my hand and didn’t release it for quite a while, insisting we have tea. Unfortunately, I was running short of time and had to excuse myself. 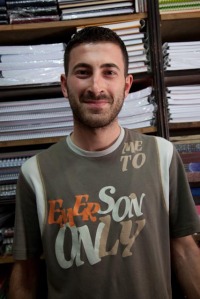 We left Tokas and drove to a town where Ataturk had a house that he visited. One of the reasons the house is famous is that it is the place from which he sent his wife away, when he finally had too much of her rude behavior. In doing so, he is said to have exclaimed that he could work with all the people of Turkey, but that he could not handle his wife any longer.

As we were walking down the street to visit Ataturk’s home, we heard the exotic sounds of the clarinet-like Zurna and the Davul drum. Think snake-charmer music. As we approached the musicians sitting in chairs along the street, we discovered that they were celebrating a wedding that was to occur the next day. We were invited to hear the music and see the huge pans of food being prepared for the celebration, and eventually we ended up dancing in the street with everyone. By trip’s end, we will have been spontaneously invited to three weddings. 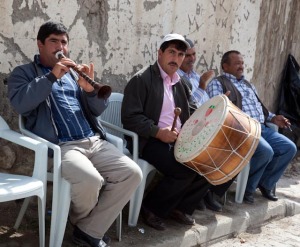 Women of the village

Dancing in the street

Girls in the wedding ceremony

We end the day in Sivas, with its Medrese or school from the 13th century that is now in the middle of town and used as a meeting place and cafe. 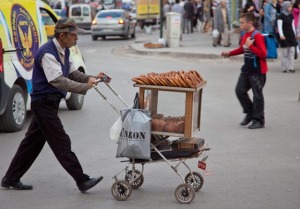 I photograph the landscape and other subjects that interest me, and travel is an important part of my work. Through my travel photography workshops, I take people to some great locations for photography. I teach full-time at Washtenaw Community College and in the summer I also conduct workshops at the Maine Media Workshops.
View all posts by terryabrams →
This entry was posted in Uncategorized. Bookmark the permalink.

1 Response to The Anatolian towns of Tokat and Sivas, and the surprise wedding.